So today was the BIG day.  We get to find out if we are having a baby BOY or a baby GIRL!  I’ve been looking forward to this day since we found out we were pregnant.  My husband and I definitely could not wait.  Blaine was even shouting, “Today is the day!” this morning to get me up.  Before Dylan had to go to school, we asked Dylan what he thought it was.  He said, “Boy!” All of us are thinking the same thing because both Blaine and I think it’s a boy also!  That morning while passing the fridge that had our baby’s ultrasound pictures from our 12 week appointment, I couldn’t help but think “Gosh, he looks like such a little boy.”  Our appointment was at 1:00pm.  Trust me, I tried getting an earlier time slot. 😉

I had a busy morning meeting with a wedding couple (loved chatting with them for an hour!).  Then afterwards, picked up Hendrix from daycare and Blaine from work.  We went out to lunch before our appointment.  I could hardly eat anything I was so excited….and NERVOUS.  Blaine’s older brother passed away when he was very young from a heart condition.  This appointment wasn’t just about finding out the gender of our baby.  This appointment was also for the specialists to look at our baby’s heart very closely.

A lot of people were waiting for the call/text/Facebook announcement that day.  When I was pregnant with Hendrix and found out we were having a boy, I got some really disappointing reactions.  I promised myself that if we got pregnant after Hendrix, I would NEVER tell anyone the gender of the baby before it was born.  You see, people say things and don’t realize it’s hurtful.  Most are definitely awesome and just happy for you and don’t really care what gender you’re having as long as you’re happy.  BUT some are just well…I don’t really know?  When I’d tell people that we were having another boy (when pregnant with Hendrix) and how excited we were, I would get these comments right away out of their mouths:
Oh, why another boy?
Oh, that’s too bad.
Oh, girls are just so much fun though.
Oh, maybe next time you’ll have a girl.
But you need a girl.
Oh, a house full of boys….I feel sorry for you.

Then when my husband would tell people we were having another boy when I was pregnant with Hendrix, he would get these comments (he hardly got negative comments, not as much as me):
So how does Cecilia feel about this?
Is Cecilia disappointed that it’s another boy?


Most of the time, I just play cool and say “maybe next time.”  When deep down inside, I just wanted to bust out in tears but just held it in.  They have no idea how many months it took us to get pregnant with Hendrix.  Every month, we’d see a pregnancy test with a negative sign.   It’s depressing going through something like that.  Wanting something so bad.  Praying, praying, praying…Hoping he can hear you.  After 9 difficult months, we finally saw that positive sign.  I was so relieved to finally see that plus sign!

It would be different if I got those negative reactions like once or twice during my whole pregnancy but it’s pretty sad that it was a pretty common reaction.  One night at the dinner table, I remember I just broke down and cried.  Blaine would tell me, it doesn’t matter what other people say or think…all that matters is that we’re having a baby.  You see, it’s really defeating when people make you feel like you failed.  I’m sure you’ve heard people say it or maybe even catch yourself telling other people.  You know the saying “Now you have 1 of each!”  Well, what if you don’t have one of each?  Am I totally missing out on something?  At times it made me doubt for a split second the excitement on having another boy.  It’s crazy how people can effect how you feel/think but at the end of the day though, how my family and I felt overcame all the negativity.  Do I really need a girl to be self fulfilled in life?  No.  Would it be nice to experience it, if that ever came for us in the future?  Yes.  Would I replace one of my boys for a girl?  NEVER!  Dylan is a total mama’s boy, and I knew that Hendrix would be a total sweetheart just like his big brother.  Now looking at them, I couldn’t imagine it any other way.  I love my boys!


When we found out we were pregnant again, some people would telling me “this one better be a girl this time” or even “we have enough boys in this family so hopefully it’s a girl.”  Hmm…maybe they don’t remember how it works.   We don’t make the decision and is obviously out of our control.  😉  Like I said in my previous blog post (here) we’d be happy either way!

On to our day….While we were in the waiting area, I wasn’t the only one getting antsy.  Hendrix was as well.  (Here are a couple pictures of Blaine having him play a game on his phone to keep him preoccupied.)  I was sad Dylan wasn’t able to come with us but he had school to attend! 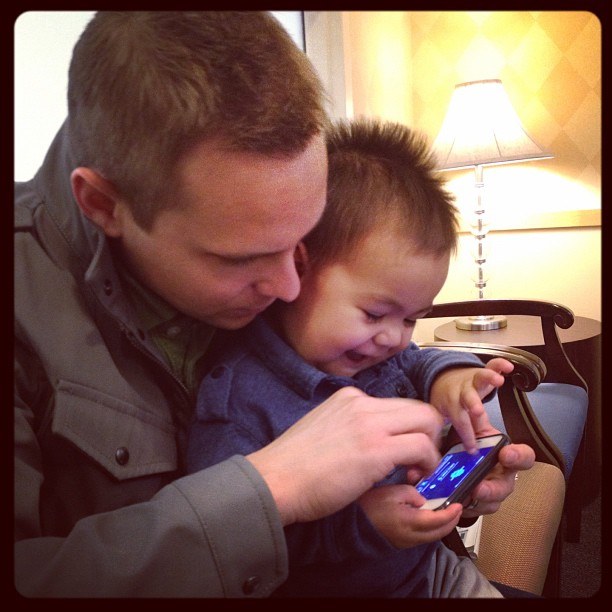 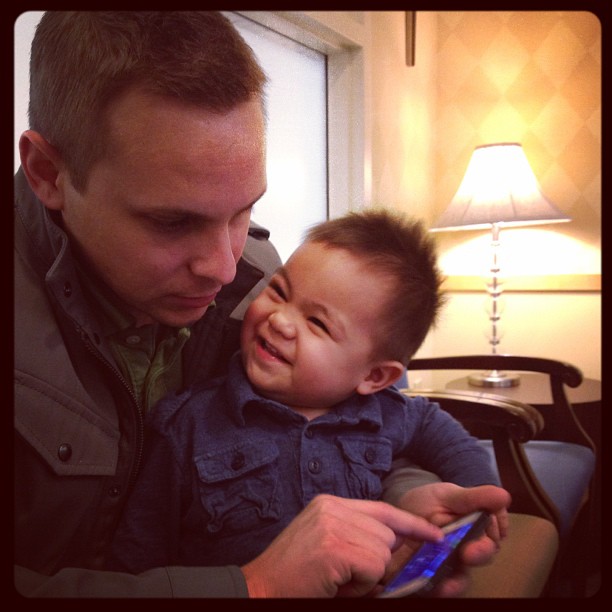 They called our name and all I could think was that I couldn’t believe we’re finally going to find out.  I laid down and our nurse asked if we wanted to find out the gender.  Right away, we both said yes.  I was laying there looking at the screen.  The nurse said that she wanted to get all the measurements and check its heart first before anything else.  Our baby had other plans though…it kept moving and had its legs wide open for us.  Then I saw it…”I was right!!  It’s a boy!!  YAY!!  Oh wait, I wonder how people are going to react.” I thought to myself.  Then a few seconds later, our nurse confirmed it.  “It’s a boy!” she said.  I looked at Hendrix and Blaine.  Blaine and I were smiling from ear to ear at each other.  Hendrix on the other hand had NO idea why we were smiling.  Blaine kept telling him to look at the screen at his baby brother.  Hendrix just looked at Blaine with a puzzled look.  As baby kept moving, our nurse had to take longer getting all the measurements/pictures especially the up close ones of his heart.  Therefore, we didn’t get the 3D pictures that I’m used to getting (shucks!) but she did get a good profile shot and said everything seemed to look good but will have the doctor check them out.

So we head out of there.  Telling people should be exciting, I know….BUT since I’ve gone through the negative reactions in my previous pregnancy, I was really hesitant.   Telling people you’re having ‘another boy’…I knew I had to mentally prepare myself (I know..isn’t that sad?).   We decided to tell people instead of having them wait until we have the baby.  Why do we have to ‘hide’ it when we’re overjoyed that it’s another baby boy?!?  I’ll be honest, I’ve already had some reactions I’m not too fond of but I just brush it off like Jay-Z says ‘Get that dirt off your shoulder’….haha.  Most people have been very supportive and excited for us…THANK-YOU!  We know what’s truly important and that is: WE ARE HAVING A HEALTHY BABY BOY, and we’re so excited for our upcoming adventure of having 3 little boys!  I even think we have a name picked out and everything…that you’re going to have to wait until he’s born!  Looking forward to meeting our lil stud in August!

Here are some pictures from our announcement photoshoot!! 🙂 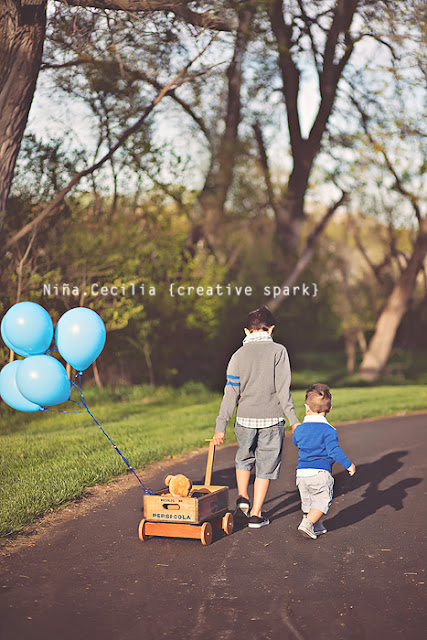 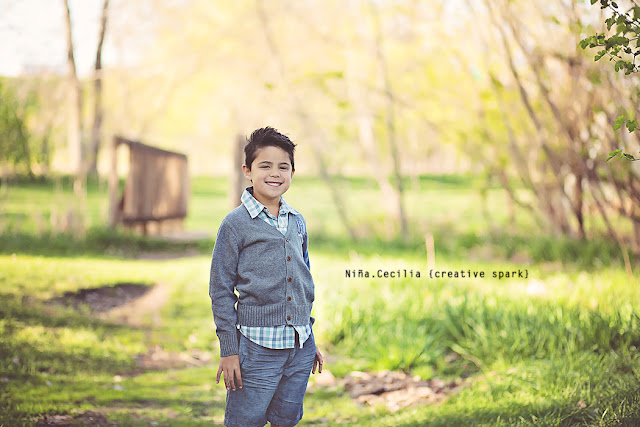 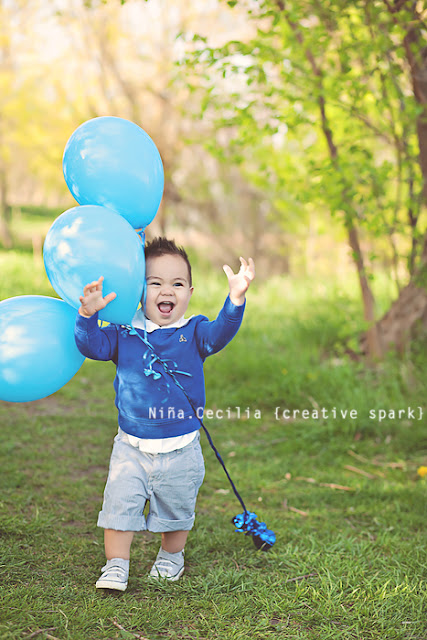 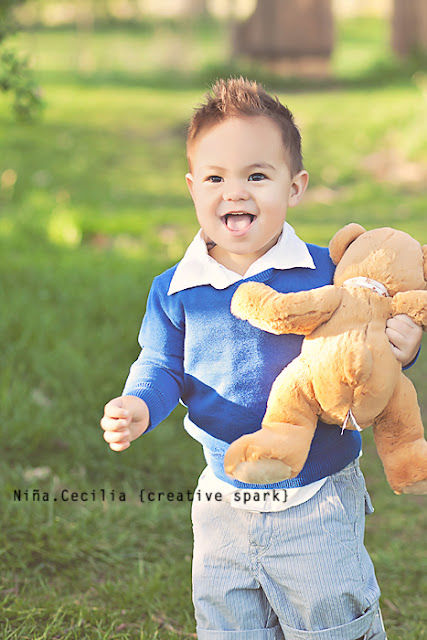 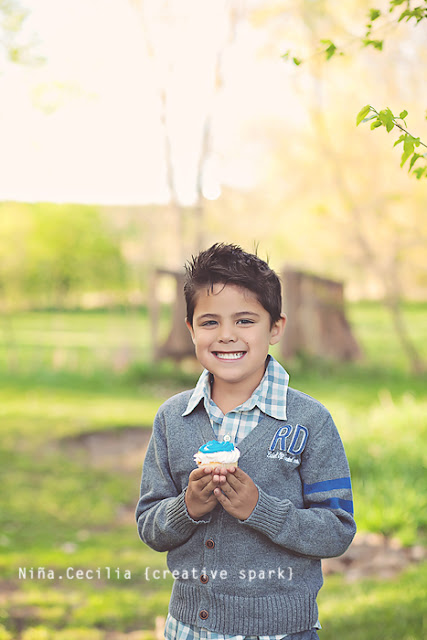 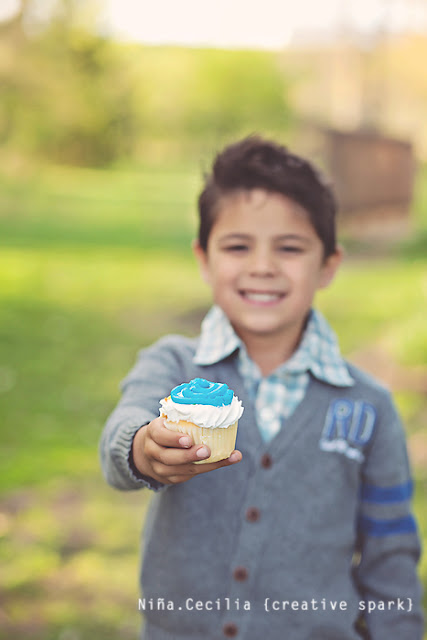 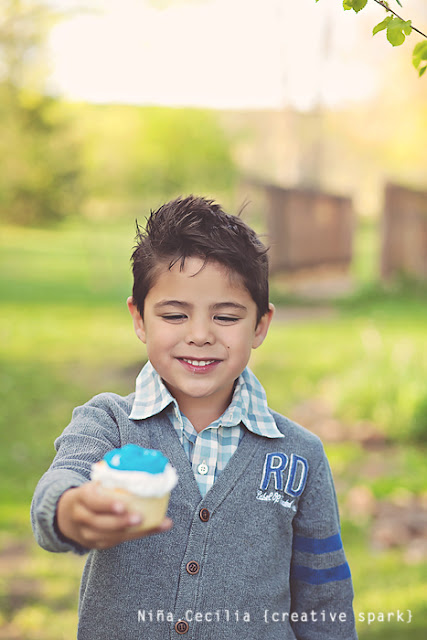 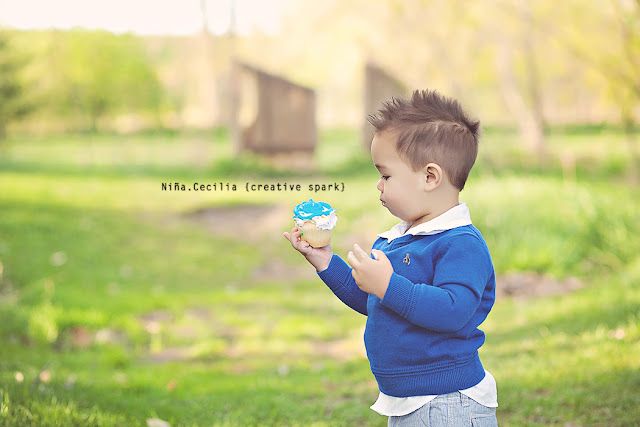 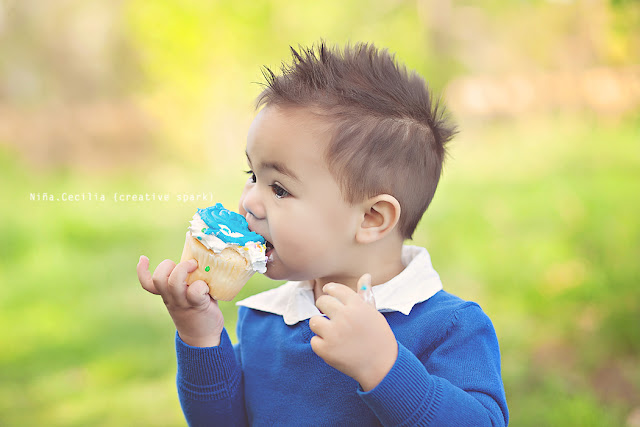 Here are some OUTTAKES!!  I’m glad we got some great ones above, but goodness it was chaos!  Dylan was being a wild man.  Hendrix was grumpy b/c he just woke up from a nap.  I somehow don’t have as much patience photographing my own kids when it’s a ‘planned’ session vs other kids’ sessions.  I really need to work on that.  We went out to eat at Carlos O Kelly’s.  Blaine had to get a margarita after this session. As he said while leaving the park, “I don’t know how you do that…photographing kids.” 😉 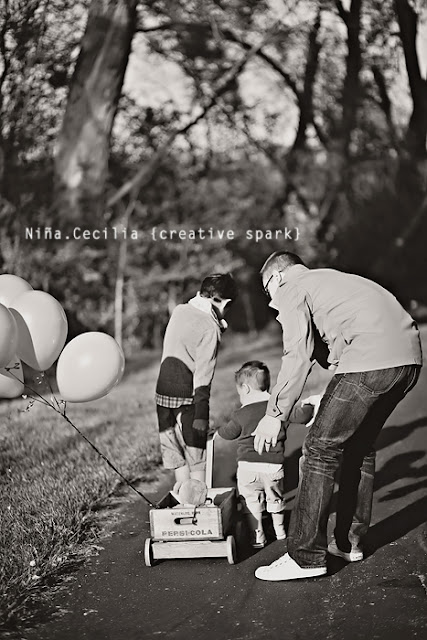 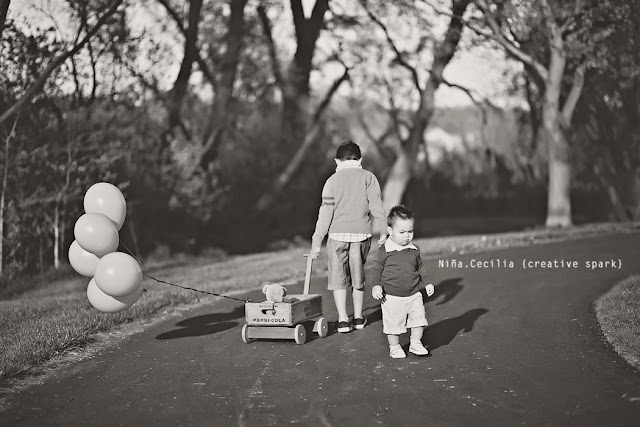 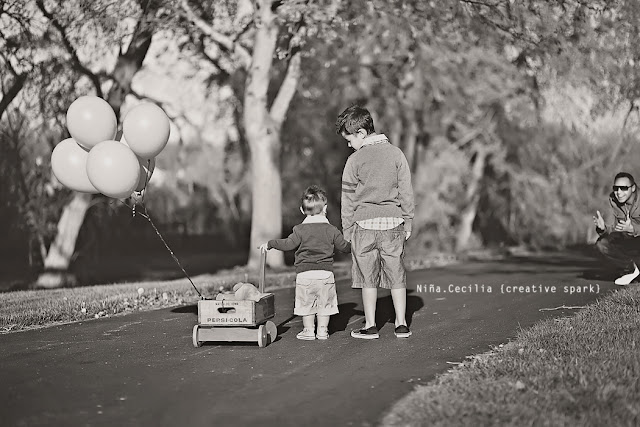 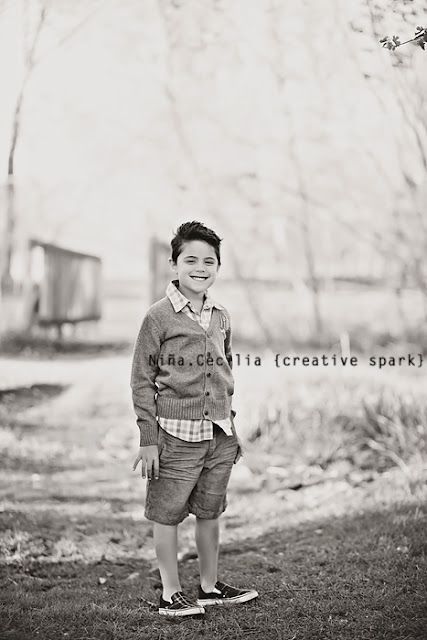 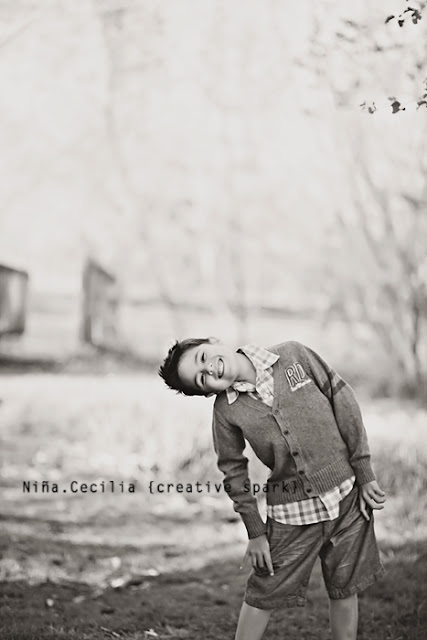 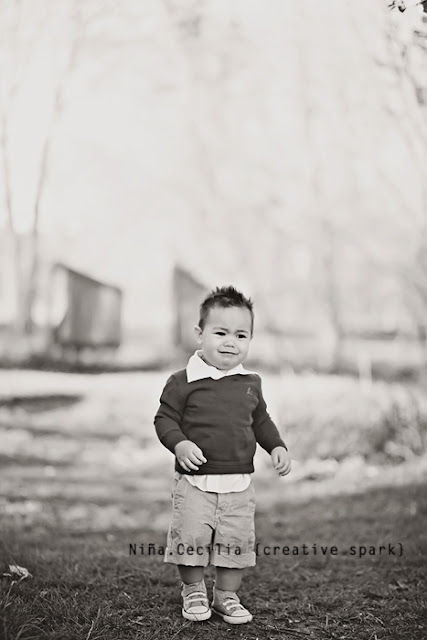 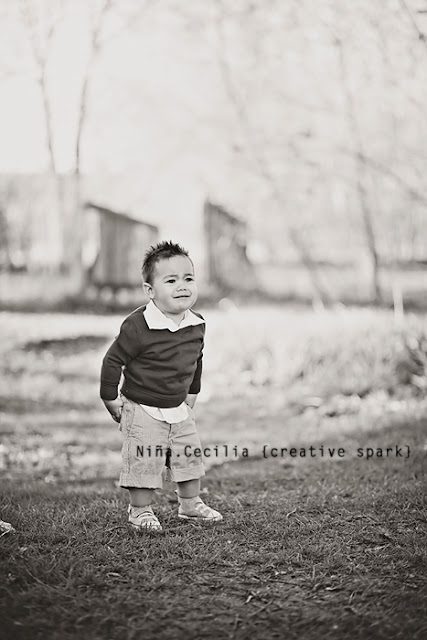 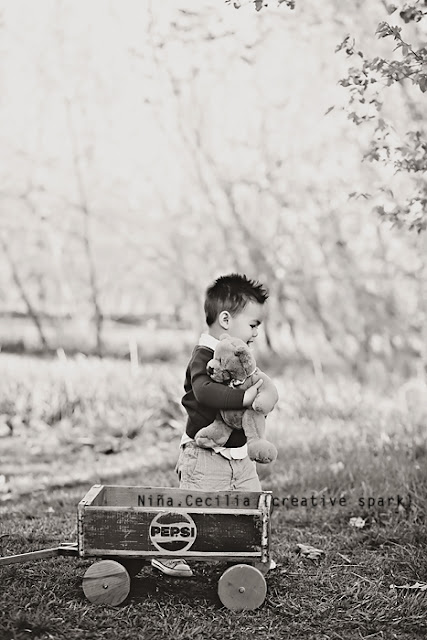 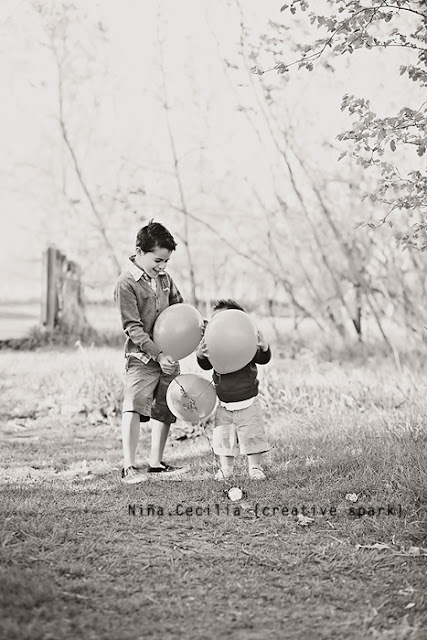 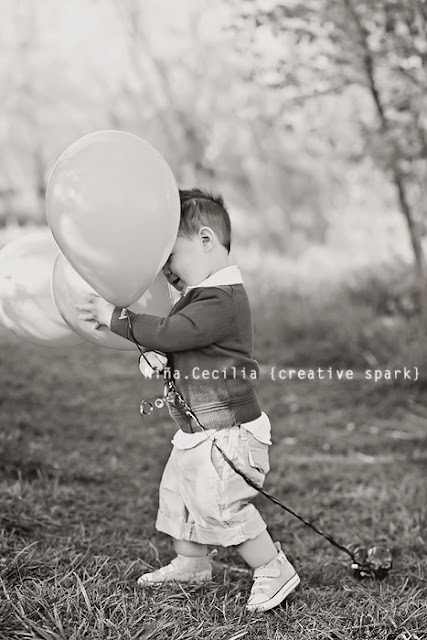 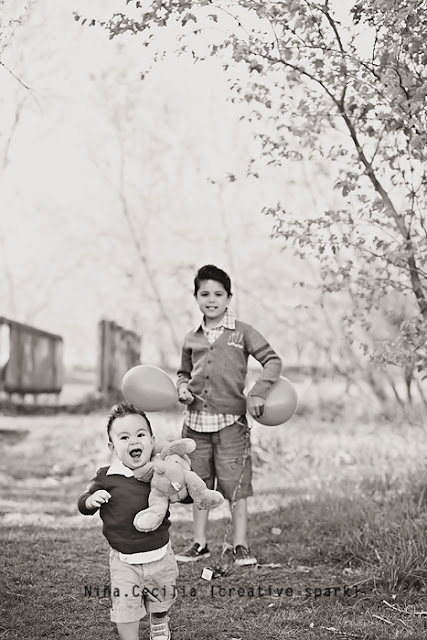 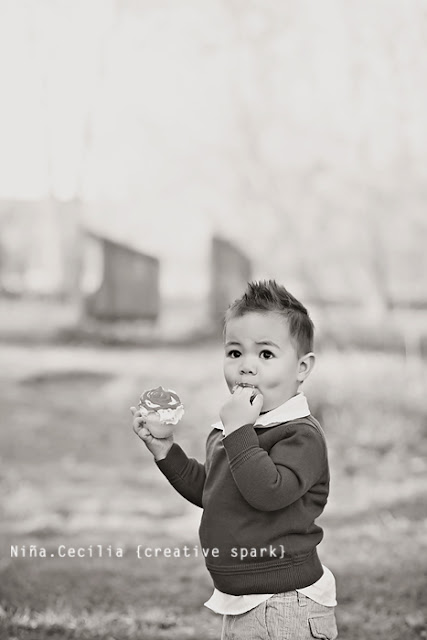 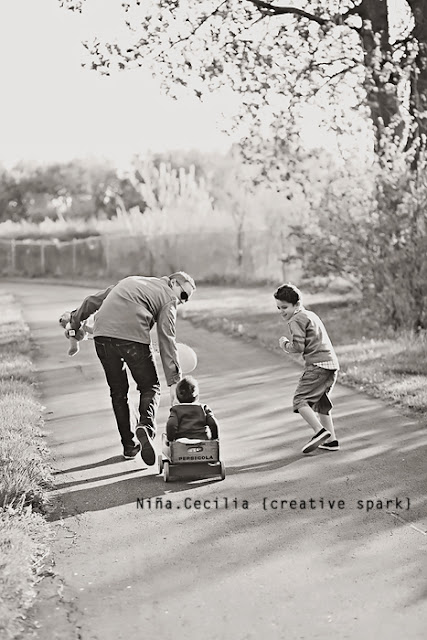 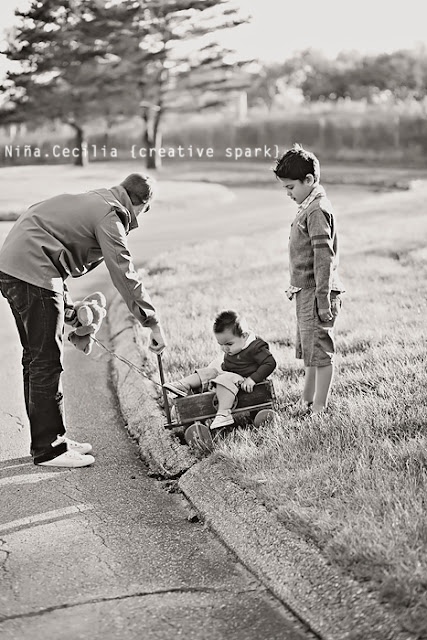 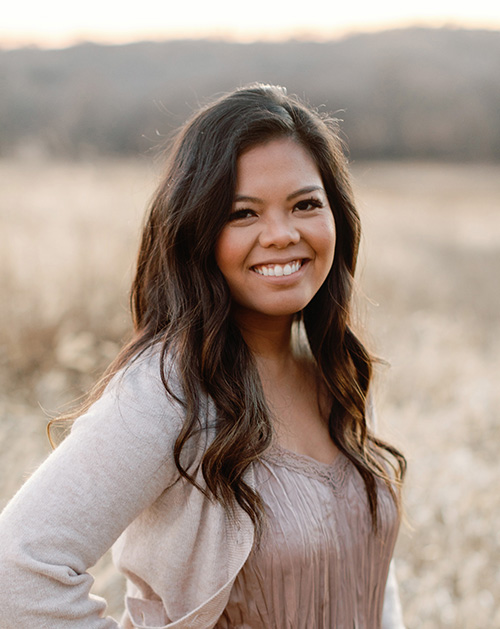 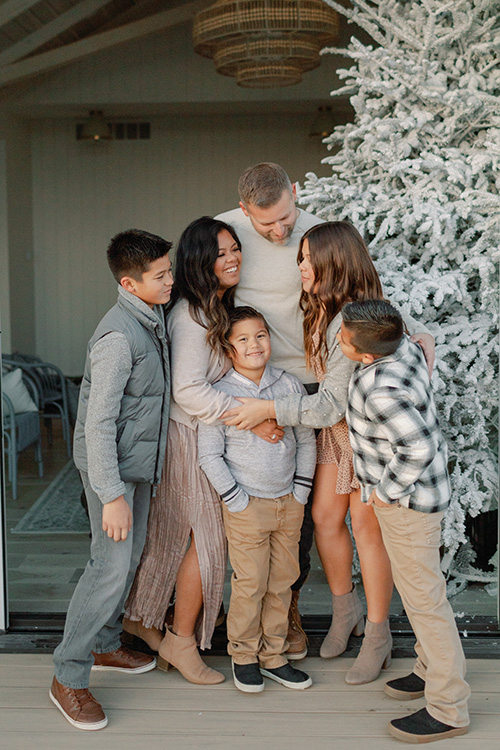 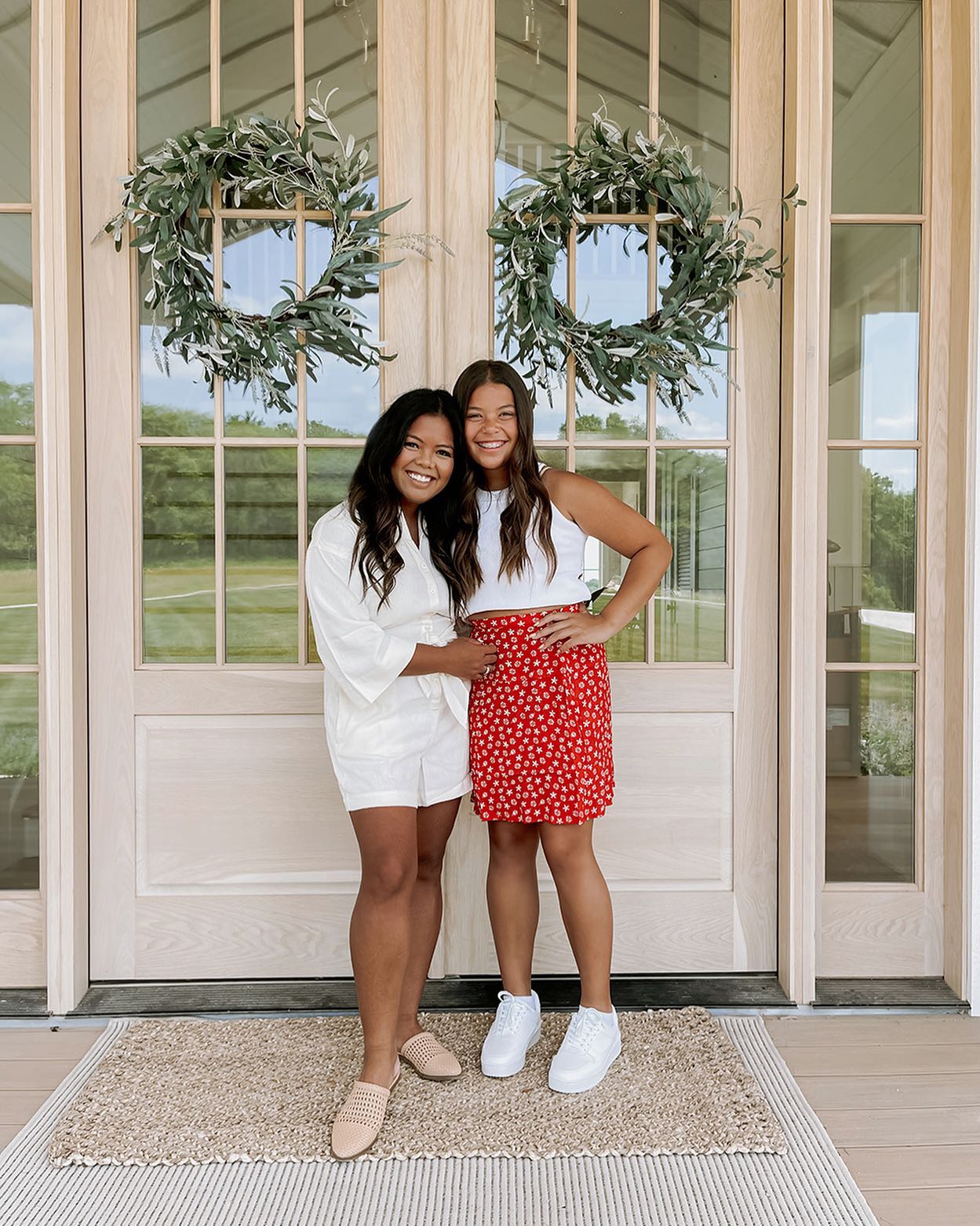 ninawilliamsblog
•
Follow
What happened to my little girl?! I blinked, and now she’s a young lady! I love how we can wear the same clothes, but I think I’m more excited about it than her. ;-) #ad @walmartfashion Free Assembly summer collection with its’ bright summer colors is now available in store and online. They have so many red, white, and blue pieces that would look so cute for the Fourth of July! Check out the new blog post by going to the link in my profile. #FreeAssembly #WalmartFashion To shop this image, go to the link in my bio and select “shop my Instagram.” You can also find me on the @shop.ltk app! #liketkit #LTKSeasonal #LTKfamily https://liketk.it/3IePa
View on Instagram |
1/4

ninawilliamsblog
•
Follow
Thanks for 200k followers! Did you know that I worked for a big four accounting firm right after college, became a photographer, then a stay at home mom, and now a blogger/influencer? Never thought posting pictures of my house consistently would lead to opportunities and this career path. Love how I can be creative, and I’m surprised that I’m actually good at it. 😂 Now let’s get to 500k…I might be retired by the time I get there 🤭. Swipe left to see a throwback screenshot of when I only had 500 followers…that was in 2015! To shop this image, go to the link in my bio and select “shop my Instagram.” You can also find me on the @shop.ltk app!
View on Instagram |
2/4 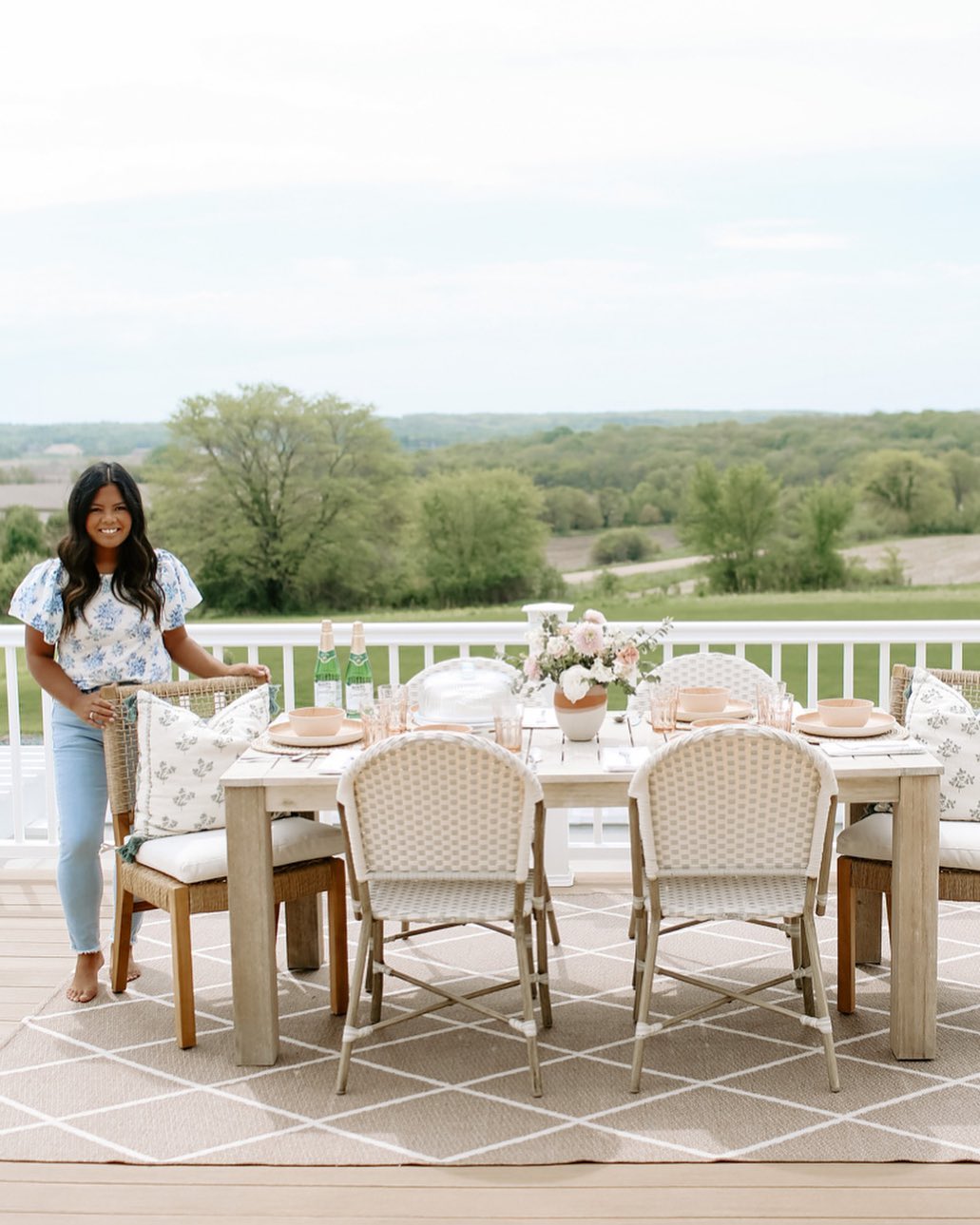 ninawilliamsblog
•
Follow
If I manifest it, do you think I’d get my own product line? 😂 I don’t even know why I posed like this, but when I saw this image I’m like I’m posing like those are my products 🤪. Someday! To shop this image, go to the link in my bio and select “shop my Instagram.” You can also find me on the @shop.ltk app! #liketkit #LTKhome #LTKSeasonal https://liketk.it/3H2xN
View on Instagram |
3/4

ninawilliamsblog
•
Follow
@nwilliams_82 and I celebrated 16 years of marriage on May 20th! I was saying to Nick a lot that morning "well, this is 16 years"... waking up to a kid between us in bed, Bash third wheeling our breakfast date, talking about how we have a teenager now and that our youngest is going to be in 1st grade next year, celebrated our anniversary at 2 baseball games...yup this is 16 years, and I love the life we have. The last 16 years haven't always been easy or perfect, but we've learned a lot and grown from all the obstacles. I'm going to end it with something that came up...thanks for putting up with how I turn on the hallway or closet lights when I'm ready to get into bed knowing that it'll wake you up. I can't help I'm a scaredy cat. ;-) 😘 To shop this image, go to the link in my bio and select “shop my Instagram.” You can also find me on the @shop.ltk app! #liketkit #LTKsalealert https://liketk.it/3GtVP
View on Instagram |
4/4